After several rounds of talks this month, Magpies managing director Lee Charnley was able to deliver the news head coach Steve McClaren wanted to hear when a deal for a player he has targeted throughout January was struck on Tuesday morning.

It is understood Townsend, whose situation has also been monitored by Southampton, is keen to push through the move after slipping out of the reckoning at White Hart Lane following a difference of opinion with a member of Mauricio Pochettino's staff.

The 24-year-old will now head for Tyneside to undergo a medical and finalise personal terms, although no hitches are expected with his camp having indicated his readiness to rekindle his career at St James' Park.

England international Townsend has not played for Spurs since the 2-1 Europa League defeat at Anderlecht on October 22, and has had to be content with run-outs for the club's under-21s since.

Indeed, he hinted at his impending exit on Monday night when he tweeted: "Been an absolute pleasure playing with the u21 boys the last 3 or 4 months!" 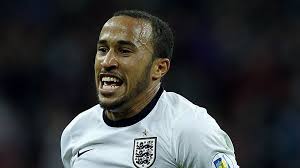 McClaren will hope there are no late snags as he continues his rebuilding plan, which has already seen midfielders Jonjo Shelvey and Henri Saivet arrive this month for a combined total in the region of £17million.

Townsend's capture would take the club's spending since McClaren's appointment last summer to £81million, in stark contrast to owner Mike Ashley's previous policy, and the spending is unlikely to stop there with the club desperate to add a proven striker during the remaining days of the January transfer window.

West Brom's Saido Berahino remains their number one target, although the Baggies' valuation of the player remains a significant stumbling block and other potential targets have been identified with Swansea's Bafetimbi Gomis and Chelsea's Loic Remy understood to be among them.

They have created chances in recent weeks, but have failed to make the most of them and Saturday's 2-1 defeat at Watford reinforced the need to address the situation as a matter of urgency.