Toon's Smudger Back In The Headlines

QPR's atrocious season took an embarrassing turn for the worse as MK Dons knocked the Premier League strugglers out of the FA Cup with alarming ease at Loftus Road. 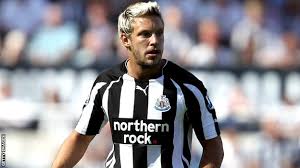 Manager Harry Redknapp admitted in his programme notes that progressing from the fourth round was not high on his list of priorities, but he will have been shocked by his side's inept display.

With Tuesday's clash against Manchester City in mind, the Premier League's bottom club made nine changes and went behind after four minutes through Armand Traore's own goal.

QPR dominated the first half but paid for wasteful finishing when Ryan Lowe raced clear to extend the npower League One side's lead five minutes before the break.

Karl Robinson's side did not stop there, though, making a mockery of their position 31 places lower than QPR in the standings to progress to the last 16 in style.

Substitute Ryan Harley netted from close range five minutes after the restart and Darren Potter extended the Dons' lead even further to the disbelief of the 3,155 visiting fans, who even cheered when Jay Bothroyd pulled one back and saw Fabio net in stoppage time.

It was the second season running the clubs have faced one another, with QPR needing a replay to overcome the Dons in last year's third round.

The hosts started the better in west London and found the back of net after just 52 seconds, with Bothroyd setting up DJ Campbell to slot home.

That strike was ruled out for offside and QPR's bright start was soon brought to an abrupt end when Shaun Williams' fourth-minute corner to the near post was put into his own goal by Traore under pressure from Dean Lewington.

It was a bolt out of the blue and the Rs were soon looking to make amends.

Fabio flashed a volley wide, before Traore stung the palms of David Martin and Campbell saw an effort blocked. Tal Ben Haim sent a header straight at Martin as the QPR onslaught continued.

After Harley came on for the injured Gary MacKenzie, a superb Jon Otsemobor tackle thwarted Jamie Mackie as he burst through on goal.

Some in the crowd called for a penalty and there were more claims for a spot-kick soon after, although Bothroyd saw his claim waved away by referee Mike Dean.

Dons were being penned back and were reduced to hopeful efforts, with Dean Bowditch striking wide on a rare voyage forward.

They were soon on the backfoot again, with Mackie denied by the onrushing Martin.

Esteban Granero then saw a tame 20-yard effort roll wide and QPR were made to pay for such generosity in front of goal five minutes from half-time.

'Harry, what's the score?' rung around Loftus Road but the chants were replaced by boos at the half-time whistle.

Things got worse for QPR five minutes into the second half as MK Dons struck again.

Lowe broke the offside trap and pulled back from the by-line for substitute Harley, who could not miss from close range.

Martin palmed over a Alejandro Faurlin header, before the Dons amazingly made it 4-0 in the 56th minute when Potter curled home past Green.

QPR were playing appallingly and were second to every ball, barely resembling a team.

Potter would have made if five had he connected with a Lowe cross, which came after Traore was found helplessly out of position.

In a bid to change things, Bobby Zamora came on for his first appearance since November 10. QPR captain Park Ji-sung was the man that made way and was jeered off the pitch by the home fans.

Green was forced to parry as Bowditch came close to a fifth, before Mackie, the only QPR player to show signs of life, was denied by Martin.

Bothroyd nodded home in the 83rd minute after Zamora's tee-up, and Fabio scored in stoppage time from a Bothroyd touch, but it proved just a consolation on a terrible day in the Hoops' recent history.