Toon The Head Of The Mouse 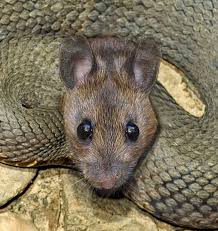 Newcastle United boss Rafael Benitez has claimed that his team must get used to 'managing games' as they bid to return to the Premier League at the first time of asking.

It has been a mixed start to the 2016-17 Championship season for the Magpies, who have won five and lost three of their eight fixtures this season, which has left them in third spot in the table.

Saturday's 2-0 home defeat to Wolverhampton Wanderers ended a five-game winning run for Newcastle, however, and Benitez has said that his players must realise that they are "now the head of the mouse".

"We need to realise we're now the head of the mouse, and not the tail of the lion. It's a Spanish expression," Benitez told reporters.

"Teams will come against us and wait, so we have to make sure we know what to do every time and, if we make mistakes, we carry on because there are a lot games to play and we need to be consistent in the right way. If it's good we can be excited, if it's bad we analyse on what we need to do and improve things quickly."

Newcastle will again welcome Wolves to St James' Park on Tuesday night, this time in the third round of the League Cup.