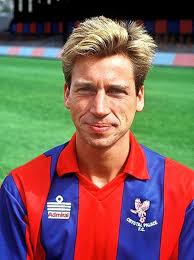 Tony Pulis tasted home defeat as Crystal Palace manager for the first time as his side were comprehensively beaten by Newcastle at a wet and windy Selhurst Park.

Former Palace favourite Alan Pardew and his Magpies have racked up impressive away victories at Tottenham and Manchester United in recent weeks and it was Yohan Cabaye, the returning match-winner from Old Trafford, who struck in the 25th minute to open the scoring as the visitors went on to win 3-0.

The France international was recalled after missing the draw against Southampton due to accruing five yellow cards and his deflected strike set Newcastle on their way to another win on the road.

Palace enjoyed their best spell of possession following Cabaye's effort but their chances of taking anything out of the game were shortened when Danny Gabbidon turned a dangerous cross past his own goalkeeper shortly before half-time.

Palace did not show enough of an attacking threat to take anything from the game and the better chances of the second half also went the way of the visitors, with Yoan Gouffran's late effort hitting a post before the third came courtesy of a late penalty from substitute Hatem Ben Arfa.

The inclement weather meant neither side could settle in to the game early on with the first effort of the day coming in the 13th minute but Davide Santon could not control his long-range effort and thrashed it well wide.

France full-back Mathieu Debuchy was on hand to meet Cabaye's corner mid way through the half but could only glance his header inches wide of the far post.

The breakthrough came shortly afterwards as Moussa Sissoko cut inside of Chamakh and cut the ball back to Cabaye, whose shot found its way in to the bottom corner courtesy of a deflection off Eagles' skipper Mile Jedinak.

The Magpies were enjoying plenty of possession down their right flank and Sissoko again looked to turn provider but his cross was met with an air-kick from Gouffran.

Pulis' side reacted well to going a goal down and had their first period of sustained pressure inside Newcastle's half.

Krul was called into action on the half-hour mark as Cameron Jerome worked a yard of space in the area and shot low at goal with the Dutchman turning the effort behind with his leg.

The visitors doubled their lead six minutes before half-time as Debuchy once again found enough space down the right to swing in a cross which Gabbidon could only steer past Speroni with his out-stretched leg.

Moxey, who was eventually substituted at half-time, was being given a torrid time and was again shown up as Cabaye brushed past him but shot from a tight angle when a pull-back across goal would have given Newcastle a great chance to add a third before the interval.

Palace started the second half with more vigour as Jerome turned on the ball and was winning a battle of strength with Mike Williamson until Krul rushed from his line to clear.

Cabaye had the first real chance of the second half as he arrowed in a low free-kick which moved through the air and was pushed away by an uncomfortable Speroni.

Jerome then wasted Palace's best chance of the afternoon as he was picked out unmarked on the edge of the six-yard box but the Stoke loanee could not keep his effort down and it flew harmlessly over Krul's goal.

Neither side could take control of the game as the second half wore on. Loic Remy was starved of service all afternoon before being replaced by Shola Ameobi with 15 minutes remaining.

Pulis responded by changing his own frontman as Dwight Gayle came on for Jerome but Palace continued to struggle to create chances.

Cabaye was guilty of missing a great opportunity to sew up the game moments later as he was played through on a goal by a wonderful Sissoko pass but he could only shoot straight at Speroni.

Gouffran was next to come close to a third as he was picked out on the edge of the box by substitute Ben Arfa and saw his curling effort hit the woodwork.

Ben Arfa, only introduced with 12 minutes remaining, was again involved as he brought a smart save at of Speroni as the visitors began to dominate the game once more.

The 26-year-old did get on the scoresheet late on, lashing home a penalty after Parr was adjudged to have tripped Ameobi inside the box.

The game had long been over as a contest at that point and Newcastle saw the game out without being troubled to pick up another away win to stay sixth in the table.