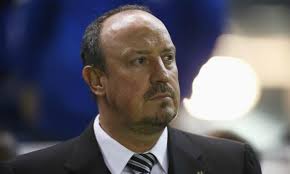 Newcastle United have issued their latest set of financial results.

A statement from the club today read: "Newcastle United Limited has filed its annual accounts for the year ended 30 June 2016.

"Whilst the results mark a sixth consecutive year of recorded profit, the club had a hugely disappointing 2015-16 season, which ended in relegation to the EFL Championship.

"Turnover fell by three per cent, the most significant element of this being a £4.5m drop in media income, down from £77.2m to £72.7m. In addition to the impact of an 18th placed finish on the merit-based payments received by the club, there were four fewer matches screened live (16 compared to 20).

"Operating expenses increased seven per cent to £96.5m and amortisation of players’ registrations increased by £7.8m to £28.3m. In both cases this reflects the significant spend on additions to the playing squad in the summer 2015 and January 2016 transfer windows, which included the purchase of Georginio Wijnaldum, Aleksandar Mitrovic, Florian Thauvin, Chancel Mbemba, Jonjo Shelvey, Andros Townsend and Henri Saivet. The total net cash spend on players in the financial year to June 2016 was £70.7m, compared to £23.8m in 2015.

"The significant increase in the wages to turnover ratio, up to 59.4 per cent from 50.1 per cent in 2015, again reflects the spend on the squad, combined with the change in first team management personnel in March 2016.

"Net debt increased from £80.7m at 30 June 2015 to £127.3m in June 2016, representing the reduction in the company’s cash position at the year end. Term loans from the owner, Mike Ashley, and companies under his control, remained unchanged at £129.0m and continue to be interest-free.

Managing director Lee Charnley said: "The 2015-16 season was extremely disappointing for everyone connected with the club.

"Significant sums of money were spent to strengthen the playing squad in the summer 2015 and January 2016 windows, which also resulted in an increase in our annual wage bill. In the context of this spend, relegation was both unacceptable and totally unexpected.

"The financial impact of relegation is difficult to overstate and this will become evident in our next set of financial results for the year ending June 2017. The biggest impact by far is the dramatic reduction in centrally distributed income that comes with dropping down a division; the reality being our income in this area is forecast to fall by over £30m compared to 2015-16.

"To highlight the differences, our 16 live TV games last season earned us £12m in revenue. Contrast this with 2016-17 EFL live fees which based on our current number of confirmed appearances (12 away and 6 home), will earn us a total of £720k.

“To illustrate further the cost of relegation, 2016-17 marks year one of the new Premier League TV deal and the team that finishes in 18th place this season is expected to receive in the region of £30m more revenue than we did for the same place finish last year.

“Our approach, following relegation, was to make further sizeable investment in our playing squad in preparation for the EFL Championship season ahead and our annual wage bill is, we believe, still above and beyond many current Premier League teams.

"Whilst not without financial risks, this strategy was adopted in order to maximise our chances of promotion at the first time of asking."

More to follow “Outgoing transfers will ultimately generate a significant net player trading surplus for the summer 2016 transfer window but, due to the cash profile of the deals, this will result in a net cash outlay in 2016-17. Our adopted strategy has therefore only been made possible by the cash injection from our owner, who continues to provide interest free funding to support the club’s operations, never more important than during this financially challenging season."