Newcastle United sources have played down talk they are lining up a replacement for Rafa Benitez - despite reports in France claiming a super agent has been approached for the services of a top Ligue 1 manager.

L’Équipe reported last night that agent Pini Zahavi had been asked by United about the services of Lyon chief Bruno Génésio.

Lyon president Jean-Michel Aulas - who Newcastle have encountered before during their failed pursuit of Alexandre Lacazette a few years ago - is keen to extend the contract of Génésio.

But United officials are believed to want to give Rafa Benitez every chance of extending his stay at St James' Park.

Benitez has insisted he will not discuss his future until Newcastle are officially confirmed of their Premier League place as they look to stave off the threat of releagtion. 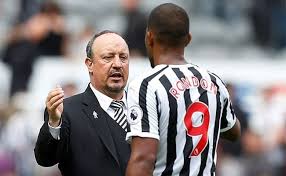 Previously, United have not had a contingency plan in place if Benitez does decide to depart this summer.

However, the club's decision to revamp the Academy and bring in three new positions for the 2019/20 season suggests that Benitez has won part of his battle for changes behind the scenes.

What is now left to be decided is whether the training ground is improved and how much spending money will come Benitez's way for the next transfer window.

United were also linked with Brendan Rodgers earlier this year but he decided to quit Celtic in order to take the Leicester City job as he wanted to make the switch back to the Premier League at the earliest opportunity.