Toon Go On Their Jolly Holidays

Having told us "Newcastle don't need the Europa League because there involves too much travel" ... Pardew has a free week and will take his players to the Middle East early next week for a training camp ahead of the January 28 visit to Norwich City.

Pardew maintains the break was booked before Newcastle were knocked out of the FA Cup at St James’s Park by Cardiff City earlier this month.

Had the club got through to the competition’s fourth round, they would have been playing Bolton Wanderers at the Reebok Stadium next weekend.

Pardew took his squad to Tenerife two years ago before United’s fourth-round tie against Championship club Brighton and Hove Albion.

Photographs were published of Newcastle’s players enjoying a night out on the trip to the Canary Island just days before they lost at the Amex Stadium to Brighton, then managed by Sunderland head coach Gus Poyet.

And Pardew – who was forced to defend the training camp in the wake of the cup defeat – is adamant that the break set up the club’s run to a fifth-placed finish in the Premier League in the 2011-12 campaign. 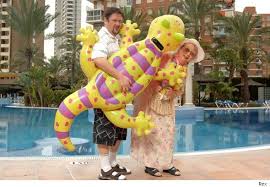 Alan Pardew: “Our fans need to know we booked this before we went out of the cup.

“We were thinking about doing a mini-break, like we did when we finished fifth.

“We lost the first game when we came back, but we went on a terrific run afterwards. We’d done so much work.

“This would have been our prep for the fourth round, but unfortunately we got knocked out.

“We’re coming back on Thursday. It’ll be three or four days’ work in the sun. That’s all.

“We’re not the only team,” said Pardew, whose team are eighth in the table after three successive league defeats.

“All the teams are going to go out there at some stage.

“I think there are a few foreign teams out there at the moment.

“The only disappointing thing is that there are suggestions we’re doing it in the cup week – it was always going to be done this week.”