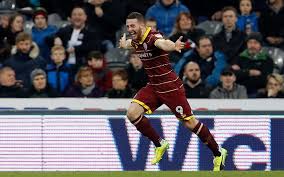 Newcastle United fans appear to have last all patience with striker Ayoze Perez, after his poor performance against Queens Park Rangers last night.

Dummett, Colback and Sels have already been the target of the Boo Boys this season, but the Spaniard didn't even look interested last night.

Newcastle could only pick up a 2-2 draw with QPR yesterday, and Perez’s profligacy in front of goal was a major reason why Rafael Benitez’s side didn’t get the three points.

The Spanish striker went through on goal twice in the second half, but he wasted both opportunities.

Perez first blasted the ball straight at Alex Smithies when well positioned, and he then attempted a cut back, but well overhit the pass.

Perez appears to be seriously low on confidence, after a disappointing start to the campaign.

And Newcastle fans seem to have lost patience in the 23-year-old finding form any time soon.

The Magpies are next in action at the weekend, when they take on Derby County.