With Pardew seemingly on the brink, the national media were ready for his Swansong against the Swans.

But instead focused on Unted's Senegalese striker who rescued an unlikely point, despite calls from the travelling fans for Pardew and owner Mike Ashley to leave their club.

Another acrimonious day ended with a positive result, and a point can be seen in many ways a victory.

There was the evidence here of a fighting spirit, manifested in the goals of Senegal’s Papiss Cisse, who twice pulled Newcastle level in a game they often looked like losing but, ultimately, might have won.

The travelling natives were already restless but Pardew has another stay of execution.

How long will it last? Who knows. 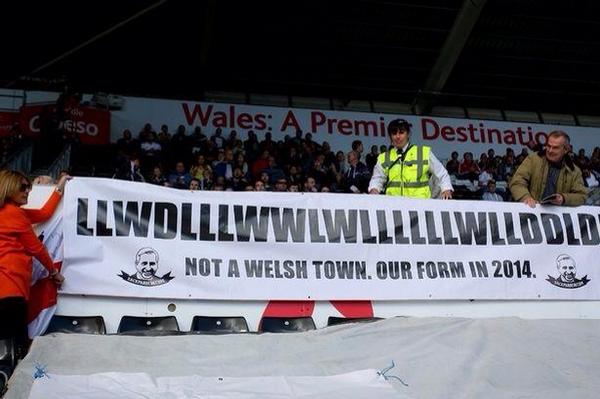 The Toon Army gave the Swansea fans a chuckle when they unfurled a banner which read: ‘ LLLLDLLLWLLDLL.... ’ - not the name of a Welsh town, Newcastle’s form this year’.

Some of their anti-Pardew chants were less witty, but they left the manager in little doubt that they would be glad to see the back of him.