Toon Army To Welcome Back Obertan?

A firm favourite of the Geordie Boo Boys, he was starting to get his act together before his injury.

The Frenchman has started running again just two months after the serious thigh injury he picked up against Liverpool. 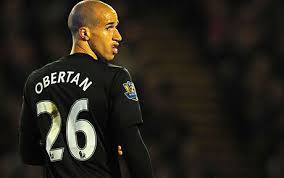 Obertan was told then that he faced four months on the sidelines.

The winger still has four or five weeks of rehabilitation to go, however, it is believed his recovery is coming along well.

Obertan pulled up while running at full pelt during the match at St James’ Park in November. He required surgery and there were some fears that his season was over, just as the former Manchester United man discovered the best form of his Newcastle career.