Tiote Questions If We Can Qualify For Europe

Cheick Tiote: “At the moment we are in a good position.

“We are happy because last year it was not the same.

“Now we can try to win every game.

“If we keep trying that we can gain a Europa League place oreven a Champions League place. 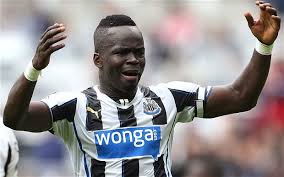 “It is going to be tough because there are a lot of good teams in this league.

“What happened against Man City was disappointing but we did not give up.

“We did not get that goal but that is football.

“The referee was the only one on the pitch who thought it was not a goal.

“Since then we have focused on the pitch.

“We had lost four games, but winning against West Ham was massive to win the game.

“We are doing the right things again. Everybody is happy.

“Before the West Ham game we were talking together.

“We said we had to come back in the right way. We will try to win every game.

“Everybody is focused and at West Ham we saw that it made the difference.”