Time For McClaren To Go!

Alan Pardew’s tenure ended in vitriolic anger , John Carver’s likewise - and it was only a matter of time before Newcastle United fans would turn on Steve McClaren given that results, if anything, have gotten even worse.

Just eight wins in all competitions arrived throughout the entirety of 2015, and now 2016 has started with two successive defeats - including seeing the Magpies dumped out of the FA Cup in the third round for the fourth season in a row with a 1-0 loss at Watford.

Throughout the opening 45 minutes, Newcastle fans were as positive as can be - cheering their team on and showing they were fully behind them. 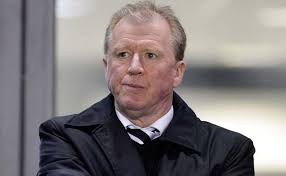 But, as United laboured in the second half, and it became clear that the Magpies’ woeful FA Cup record under Mike Ashley was only going to continue, the discontent arose.

The first chants came just after the break. Home fans had taunted Newcastle, singing “you’re going down with the Villa” - so Magpies supporters responded with: “How s*** are you lot, it’s only 1-0.”

“Attack, attack, attack” followed in earnest, despite United still offering a decent threat on the break; their problem once again was actually putting the ball in the back of the net.

It was the final 20 minutes when things really turned though.

“We want our money back” could be heard on at least three occasions from the away section, as could “We’re s*** and we’re sick of it”, plus the anti- Ashley chants were also out in force.

The harsh chants were then directed specifically at Florian Thauvin though. A 52nd-minute substitute, the Frenchman went down easily in front of the away fans - some of who booed him and chanted: “You’re not fit to wear the shirt.”

Magpies players were then booed - with sporadic claps inter-mingled in - at the final whistle.

Interestingly, some away fans could also be heard joining in the home supporters’ chants of “You’re getting sacked in the morning” to McClaren. 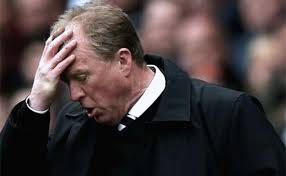 The Thauvin chants are no surprise because the player has been rubbish since signing in the summer.

But the travelling Toon Army have now began to really turn on McClaren after a string of poor results, just as they did on Pardew and Carver.

United have won just five games all season, are in the relegation zone, and are out of both cup competitions.

McClaren keeps speaking positively, but Newcastle fans are sick of failure - and the Magpies, as well as their head coach, desperately need a result on Tuesday night or there could be revolution in the stands once more.

If there is, then McClaren’s days in the hotseat could be numbered.

And the sooner he goes ... the better!