Time For A Change At Newcastle!

Alan Pardew: "Of course I'm not happy. This is a game where you as a manager, expect life and limb on the football pitch.

"If you drop down from that, then you are going to suffer a game like that."

I walked away from St James' Park tonight - rather than being thrown out (as I was against the Mackems) - and once again I witnessed the biggest pile of shite I have seen since those shocking years 1978/81.

And why do I say this?

1) This morning he said the team was still suffering from their exploits in Europe LAST season - even though the club made £14m from reaching the quarter finals (money that was never put back into team building) - and that campaign finished April 11th 2013! WTF?

2) He said "Davide Santon is the new Gary Neville, an unsung hero, although he doesn't look particularly good to the naked eye." WTF?

3) He said: "Every player I have bought has improved under my management." WTF

Well let's go into that in detail. What about Papiss Cisse, who scored 12 goals in his first 13 games for Newcastle United. Is HE a better player now?

What about Gabriel Obertan? If he has improved to the shit level he is now, he must have been the worst player ever to put on a Man Utd shirt ... so WHY BUY HIM? 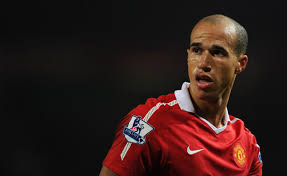 Sylvain Marveaux cannot wait to get away, and that was when he first arrived!

Mehdi Abeid, Romain Amalfitano, Gaël Bigirimana, Kevin Mbabu, Olivier Kemen ... any future for any of them?

What about the players he inherited?

Steven Taylor was tipped to be the next Toon player to be made a full England international. I have NEVER seen him play as bad as he is recently

Hatem Ben Arfa - the world beater who could not give a flying f*** against Spurs tonight. A shadow of himself.

4) Take a look at this current form:-

We have only scored in one of the last EIGHT Premier League games; with two LOAN strikers, and a 16-year old striker sat on the bench.

And Pardew said about his 150 games at Newcastle this morning: "I am very proud of my record at Newcastle"

OK, let's look at that record:- 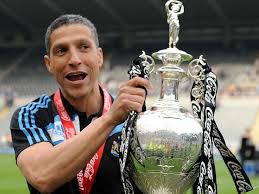 5) Pardew's record at St James' Park - and the guy who was in the job before him:-

6) The records Pardew has broken:-

Newcastle 0 Liverpool 6 - the worst home defeat since before WWII.

Three defeats to the Mackems - worst record since the 1960s.

Five consecutive home defeats (and counting) - the worst for Newcastle in the Premier League era. 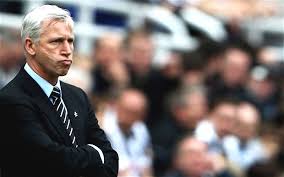 Emmanuel Adebayor claimed a double as Tottenham condemned Newcastle to a fourth successive home defeat for the first time in the Barclays Premier League era.

Then throw in the FA Cup tie against Cardiff City (1-2).

The Togo international striker turned in a fine individual display as Spurs tore Alan Pardew's depleted side to shreds at St James' Park to maintain the pressure on the top four with a 4-0 rout.

He struck from close range with just 19 minutes gone on a wintry Tyneside night to give the visitors a lead they never looked like relinquishing, and Aaron Lennon was only denied a second by the post.

The game was effectively over eight minutes into the second half when Paulinho was presented with an equally straightforward task to double his side's lead after goalkeeper Tim Krul failed to hold Adebayor's stinging shot.

Adebayor doubled his tally with seven minutes remaining when the unfortunate Krul made a good save to deny substitute Andros Townsend, but saw the frontman follow up to complete the scoring.

Tottenham were not finished, however, and the Dutchman found himself picking the ball out of his net for the final time five minutes later after being beaten from distance by substitute Nacer Chadli.

Tim Sherwood's men were simply too pacy, too inventive and too clinical for their hosts, who could not match them in any department.

The win took Spurs' points tally to seven from a possible nine since their 5-1 humbling by Manchester City and kept them firmly in the race for Champions League qualification.

But for Pardew, it proved a miserable way to celebrate 150 games at the helm and provided further evidence that, despite his denials, the club has little more than pride for which to play for the remainder of the season.

It was the first game at St James' since a second successive 3-0 derby defeat against Sunderland and neither the performance nor the result went down well with the home fans among a crowd of 48,264 who have now seen their side claim just four of the last 24 points they have contested.

That, coupled with simmering resentment over owner Mike Ashley's decision to sell and not replace Yohan Cabaye last month, made for an ugly atmosphere, and one which is unlikely to improve in the short term if things do not improve markedly on the pitch.

Newcastle went into the game looking for a first home win since Boxing Day and having lost their last three in the league at home, and there was little evidence that they were capable of addressing that situation.

There have been, and continue to be, mitigating factors with Fabricio Coloccini, Cheick Tiote and Loic Remy still missing and Cabaye long departed, and despite the return from injury of both Yoan Gouffran and Papiss Cisse, there was still a makeshift look about Pardew's team.

By contrast, Spurs looked a unit from the off despite making three changes to the side which won 1-0 at Everton at the weekend and they might have gone in at the break with significantly more than a single-goal lead. 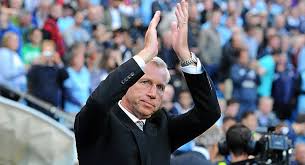 Magpies midfielder Vurnon Anita had already deflected an Adebayor shot inches wide and Krul saved a Paulinho shot from a tight angle when the visitors took a 19th-minute lead.

Midfielder Nabil Bentaleb shook off Moussa Sissoko all too easily wide on the left to deliver a cross which Krul could only palm to Adebayor, who had the simplest of tasks to tap it home.

With Paulinho orchestrating and Mousa Dembele and Lennon running at the home side, Tottenham threatened at regular intervals and particularly on the break.

Mike Williamson only just managed to get to Kyle Walker's driven 24th-minute cross ahead of Lennon after Paulinho had carved Newcastle wide-open and as the half wore on, Adebayor, Dembele and Lennon started to produce their full range of tricks.

Hard work and determination kept Pardew's men in it, if only just at times, and they had chances of their own, if few and far between.

Indeed, they might have taken the lead themselves had Cisse got a more decisive touch to Luuk de Jong's eighth-minute knock-down in front of goal, and the striker also lobbed wide under pressure from advancing keeper Hugo Lloris with 26 minutes gone.

Spurs extended their lead in exhilarating style with just eight minutes of the second half gone when Paulinho flicked Bentaleb's pass into the path of Adebayor and then followed up to score when Krul could only parry the striker's shot.