The multi Grammy and Brit award-winning Tennessee rockers released their sixth album Mechanical Bull in September, scoring their fourth number one album in the UK. The album has just received a Grammy nomination for Best Rock Album of 2013.

Kings of Leon, alongside special guests, are to be one of the first bands that Newcastle United will be bringing to the city over the next few years, making St. James' Park one of the premier stadiums in the country to see such huge acts.

Tickets are also available from: 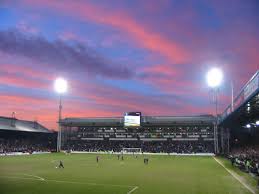