After drawing Uruguay and Costa Rica in their World Cup group, manager Roy Hodgson thought it was imperative that his team gained experience of taking on Central and South American nations prior to next summer's tournament in Brazil.

As a result, the Football Association has announced that England will play a friendly against Peru, whom they have never played before, on May 30 at Wembley.

The squad will then travel to Miami for a warm-weather camp where they will also play Ecuador on June 4 before they take on Honduras for the first time three days later.

Both of those matches will take place at the Sunlife Stadium - the home of the Miami Dolphins NFL team.

Hodgson said: "I'm delighted with the games we have been able to secure and the programme running up to the World Cup in general.

"I was clear to those responsible at the FA that I was looking for Central and South American opposition ahead of the tournament and that is exactly what has been delivered." 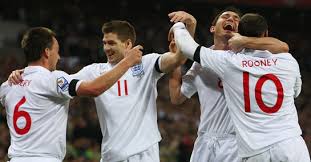 Ashley Cole and Gary Cahill played against AC Milan in the stadium, which has an approximate capacity of 70,000 for soccer games, in Chelsea's 2012 pre-season tour of the United States.

Hodgson is expected to name his provisional World Cup squad - plus standby players - around May 13.

England will then travel to a southern European training camp in Portugal in the week between the FA Cup final and the Champions League final, which takes place on May 24 in Lisbon.

After the Peru game the squad will be whittled down to a final 23-man party.

Following the games in Miami, the squad will travel to Rio de Janeiro, where they will be based throughout the tournament.

The FA confirmed that England will then travel to Manaus two days before their Group D curtain-raiser against Italy in the humid Amazonian city on June 14.

Much has been made of the glamour of a World Cup in such an iconic footballing nation as Brazil, but Hodgson will remind his players before and during the tournament that they must put the hard yards in if they are to upset the odds and go far.

"In our training camps here and abroad, I hope to foster the spirit and work ethic that we are going to need out in Brazil," the former Liverpool manager said.

"It is a tournament I want us to enjoy, but to do that we must work hard and play well."

Hodgson's next task will be attending a World Cup workshop near Sao Paulo in mid-February. He will then pick a squad for the friendly against Denmark on March 5 at Wembley.

Gareth Southgate's under-21s, meanwhile, will resume their European Championship qualification campaign with a double-header against Wales before heading to the south of France for the under-20s Toulon tournament, which starts on May 21.

Southgate is looking forward to giving his players some tournament experience in Toulon where 10 nations, including Brazil and Italy, will be represented.

"It will be a brilliant opportunity for the players," Southgate said.

"It's a tournament we haven't taken part in for a number of years because possibly we've worried about release of players and clashing with other tournaments, but we certainly feel this year it's worthwhile and are looking forward to the challenge of playing some of the world's best under-20 teams."