The Problems To Be Addressed

Newcastle are favourites for relegation and even though he only arrived last month, Steve Bruce is already tipped for the chop.

After Saturday's woeful 3-1 defeat at Norwich, we look at the key issues facing Bruce. 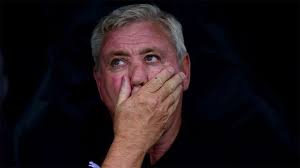 1) Find a formation that works

Switching from last season’s 3-4-3 formation to a 3-5-2 isn’t exactly revolutionary but despite a desire to play on the front foot, it hasn’t really worked yet

Isaac Hayden looks happier in a more central role than out wide, Miguel Almiron is better out wide than in the middle.

And while Bruce’s system lends itself to attacking wing-backs, so far there hasn’t been too much pushing forward form the players filling those roles.

The Magpies’ boss admits he may have to tinker but his instincts are to stick with and hone the current formation.

Bruce cannot be blamed for not knowing it just yet.

After all, he only arrived a month ago while his signings are still adapting to English football.

But the sooner he decides who is more effective in specific roles, the better.

Right back Javier Manquillo was axed in favour of debutant Emil Krafth at Carrow Road but it didn’t look like an upgrade.

On the opposite flank, Matt Ritchie would appear a more reliable option than Jetro Willems.

Ki failed to justify his selection and Sean Longstaff will be recalled at Tottenham.

But should a place be found for Federico Fernandez at the back or Ciaran Clark for that matter?

3) Sort out the attack

A £60m strikeforce was embarrassed by Norwich’s Teemu Pukki.

Joelinton seemed badly affected by his miss midway through the first half and injury or not, he was a substitution waiting to happen.

Worryingly, as his record in the Bundesliga suggests, he does not look a natural finisher.

Almiron has pace but does he have a football brain? That’s one aspect of his game requiring improvement.

His habit of wanting to pick up possession in the deep often leaves Joelinton isolated in the final third, as Alan Shearer pointed out on MOTD.

The pair do not look a natural partnership and it may be that Allan Saint-Maximin comes in this weekend if he shakes off a hamstring injury.

Andy Carroll and Dwight Gayle remain on the sidelines while Yoshinori Muto has shown nothing to suggest he is the answer.

4) Move on from Rafa

It was always going to be difficult whoever replaced Rafa Benitez.

His coaching pedigree and his ability to maximise the strength of a squad meant that the bar was set almost impossibly high for his successor.

But Bruce probably isn’t helping himself by referring to the fact Benitez went ten league games without a win last season.

Because to the fans, he’ll always come out second best if it’s a case of comparing then and now.

It’s time for the media and the fans to move on from the Rafa era.

Matt Ritchie claims the dressing room has so perhaps it’s best that Bruce too forgets about the man he replaced and looks forward rather than back.

Mike Ashley is still the owner but this is a new era at St James’ Park so a line needs to be drawn on what’s been with everything focused on what is to come.

5) Win acceptance from the Toon Army

Possibly the most daunting of all tasks facing Bruce, and although he took the job, many still believe he shouldn't have been offered it in the first place!

Of course, football is a results-driven business and the Newcastle boss needs wins badly.

But when a poll is conducted asking fans if they’d accept defeat in the next five games if it meant Bruce was sacked and the results deliver an emphatic yes, it’s not that straightforward.

Forget the fact Bruce is a Manchester United legend and a former Sunderland manager – only the most blinkered Toon fans hold those facts against him.

A more rational criticism is that his managerial record, particularly in the Premier League, isn’t that impressive.

The biggest problem for Bruce, however, is that he is perceived as a Mike Ashley yes-man, someone who was so desperate to manage his boyhood club, he’d have accepted anything to be offered the chance.

Benitez was the Toon Army’s standard bearer in their anti-Ashley campaign. They saw the Spaniard as being on their side against the hated regime. Bruce, despite his roots, is seen as someone in the opposite camp. It will take a lot for his detractors to change their minds.