The One Position That Haunts Rafa!

Rafa Benitez joined Newcastle with worries about left-backs and being forced to play a midfielder there – he will manage his first full season in the Premier League in the same boat. 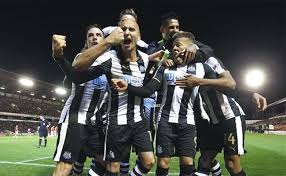 It’s an unwanted irony but it is a problem to be solved with Paul Dummett still in a leg brace and seemingly out until November.

Benitez has played Chancel Mbemba there and while he has performed quite well in that role, the Spaniard knows teams now see that as a potential weakness.

All of his options outside Dummett are hitting square pegs into round holes: Jesus Gamez could be press ganged into it or even Javier Manquillo.

For a man who prides himself on leaving so little to chance and being so meticulous, adapting his team to work with a non-specialist left-back will feel like onerous work.