The Man To Trouble The Toon? 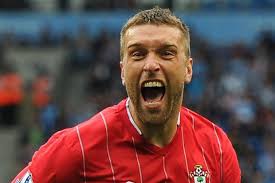 Rickie Lambert has praised Dani Osvaldo and he is confident that their strike partnership can be a success for Southampton.

The England international spoke highly of the club's record signing from AS Roma, who endured a difficult start to life in the Premier League.

Rickie Lambert: "There's nothing better for a striker than to score a goal and the one Dani scored [against City] was top class, one of the best I've ever seen.

"As a striker it's very hard when you're not as confident as you want to be, stuff doesn't come off and it's taken him a little while, but we're desperate for him to do well and I'm sure that goal's given him the confidence to push on.

"If the gaffer chooses to go with both of us I'm sure we can cause defenders problems.

"I think we've done well when we've played together and it's only going to get stronger. It's still developing and needs time.

"But it's not just me and him, it's about the team as well, understanding how the both of us play and getting to know our movements."