The Day Keegan Was 'Stitched Up'

Former Newcastle United assistant manager Terry McDermott has claimed Kevin Keegan was stitched up by the club over the possibility of signing Bastian Schweinsteiger during his time as manager at St James' Park. 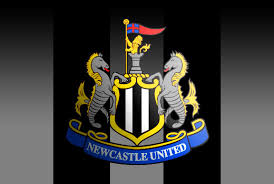 McDermott, who worked under Keegan during two spells at Newcastle, has made the claim in his new book, "Terry Mac: Living For The Moment," which has been serialised in the Daily Mirror.

McDermott says Keegan was told by then-Newcastle vice-chairman Tony Jimenez that the club had accepted a bid from Aston Villa for James Milner, with the knowledge that they would be able to bring in Bayern midfielder Schweinsteiger as a replacement.

"Kevin got a call from Jimenez saying the club had received a 'magnificent' offer from Aston Villa for James Milner," McDermott writes. "He was a good player who could do a job in a number of positions. Villa had offered £10 million but Kevin insisted James was staying.

"We were flying down to London for the game when Kevin took a call from Jimenez saying the Villa offer had been increased to £12m. It was a decent offer, so Kevin asked who would they get to replace him. It would have to be someone really good because Milner was a crucial player.

"Jimenez said they had accepted the bid and that it looked like they could sign Bastian Schweinsteiger from Bayern Munich. Kevin said it was a no-brainer -- just do it.

"Then Jimenez said that, as Kevin knew Karl-Heinz Rummenigge, who was on the board at Bayern, could he give him a ring? 'What for?' he asked. 'To ask if Schweinsteiger would be interested in coming to Newcastle,' he was told.

"Kevin was incensed. We were losing Milner but in reality had no replacement lined up. I told him it was a joke and Kevin replied, 'The swines have stitched us up.'

"There was only one thing for it -- Kevin would have to ring Rummenigge. He ended up getting Karl-Heinz on the phone and switched it to speaker mode. In English, he explained the reason he was ringing him -- that he had been told by his club they might be able to sign Schweinsteiger.

"Karl-Heinz immediately started laughing. He revealed Bayern had received an email from Newcastle that morning offering €5m for him. 'Kevin, we couldn't stop laughing,' he added. 'If you had offered €50m we still wouldn't have sold him -- but €5m?!'

"After the conversation ended, I looked at Kevin and he was ashen-faced. We had lost a very good player with no suitable replacement. The club had hoodwinked him."