Then, the shameless £12million Sunderland striker proudly posted a picture of the cabbie’s phlegm-covered jacket on Instagram with the message “Al spit on ya back ya c***.” 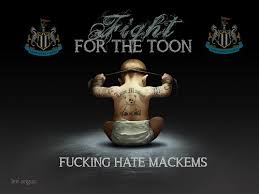 Scottish international Fletcher also filmed the sickening incident on his mobile as the rickshaw took him and a pal through the streets of London.

During the video, which he also posted, Fletcher, 26, can be seen grinning beside his giggling friend.

Footage and images of the vile incident – which drew appreciative comments from several of his followers – were later removed from the player’s account. Black Cats fans will be shocked by the behaviour of their £40,000-a-week striker.

There are around 150 bicycle rickshaw – or pedicab – drivers working in London.

They are mainly foreign students striving to pay for their studies.

In stark contrast to ­Fletcher’s wealthy lifestyle, many struggle to make enough to cover the expense of running the cab, despite working dangerous night shifts in busy traffic.

Fashion-mad Fletcher sparked fury among fans in 2012. He tried to flog his new ­clothing range to 100,000 Twitter followers just hours after a ­Scotland defeat made it almost impossible for them to qualify for this summer’s World Cup finals.