Souness Gives Us The Hard Truth 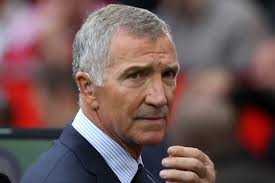 Sunderland climbed out of the bottom three on goal difference with the point gained against Arsenal, with Sam Allardyce’s side in the driving seat in the race to stay in the Premier League.

And the former Liverpool, Blackburn Rovers and Newcastle boss believes the Black Cats now have the “bit between their teeth”.

Souness said: “Newcastle are playing with a bit of confidence and belief after three good results back-to-back, but they’ve still got it all to do for me.

“I think Sunderland look like the team that can stay up out of the three.

“Norwich are huffing and puffing a bit.

“That result Sunderland got down there really punched them on the nose. And although Newcastle have had a mini-revival, it might be too little too late.

“Sunderland are the team that have got the bit between their teeth.”

Allardyce’s side have kept three clean sheets in their last four top flight matches and Souness says that will prove key as the season reaches a climax.

“Sam (Allardyce) has been around many times and when you are not conceding goals, the confidence is still there.

“That defending is critical because when you concede daft goals, it really saps the confidence.”