Sold By Christmas? Don't Think So!

Newcastle United could have a new owner by Christmas after Mike Ashley stepped up his efforts to sell the club.

Ashley “clarified his intentions” in a statement yesterday. 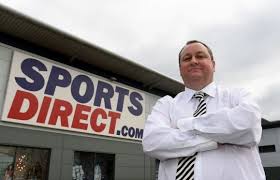 The billionaire – who revealed his keenness to sell the club in August – went as far as offering prospective buyers an option of paying in instalments.

Ashley, however, is said to be prepared to commit funds towards squad strengthening in January should a deal not be done by then.

The statement read: “As a result of increasing press speculation regarding the future of Newcastle United, the owner of the club, St James Holdings Limited, wishes to clarify its intentions.

“As one of the Premier League’s oldest and best supported football clubs – and for the benefit of its many fans and supporters in the UK and across the world – Newcastle United requires a clear direction and a path to a bright and successful future.

“To give the club the best possible opportunity of securing the positioning and investment necessary to take it to the next level, at what is an important time in its history, its present ownership has determined that it is in the best interests of Newcastle United and its fans for the club to be put up for sale.

“To give an incoming owner the maximum possible flexibility to make meaningful investment in the club, including in its playing squad, the sale process will give interested parties the opportunity of deferring substantial payments.

“A process will now commence of identifying new ownership for the club that will be capable of delivering the sustained investment in and dedication to the club that is necessary for it to achieve its ambitions.”

The statement was welcomed by fans keen to have a new owner at St James’s Park who is prepared to invest in the club, which has been relegated twice since Ashley bought it a decade ago for £134million.

Four interested parties are understood to have signed non-disclosure agreements with United.

Financier Amanda Staveley – who attended the club’s home game against Liverpool earlier this month – is also looking to buy a Premier League club.

Ashley is reportedly prepared to accept £380million for Newcastle, though that figure is view as being optimistic by some experts.

Dr Daniel Plumley, an academic who studies football finance, has suggested that the club’s real value could be half that figure.

“That asking price is arguably over the odds,” said Dr Plumley, of Sheffield Hallam University.

“Current brand value, based on factors such as league standing, revenue potential, fan base and global exposure, has Newcastle valued at around £190-200million. This is almost double that, so I would argue it’s a high asking price.”

The club is ninth in the Premier League.

Manager Rafa Benitez was frustrated at what he felt was a lack of investment in the summer transfer market.

United spent just £40million – the club’s net spend was considerably less – and missed out on a number of his priority targets.