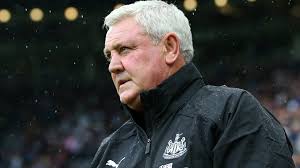 Matches at Norwich and Tottenham, followed by a home game against Watford and a trip to Anfield - might give a better indication as to the prospects of Bruce's Newcastle this season.

One almost certain thing is that Ashley will oversee matters once again - he even indicated in a recent interview that he might remain at St James' Park for many years to come.

Former owner Sir John Hall, who sold his remaining shares to Ashley in 2007, told BBC Sport: "We're millionaires not billionaires. You're coming in with just enough sufficient cash to tick along.

"You have high hopes, but not cash to fulfil. You can't satisfy the fans. I was surprised Mike didn't sell, if you were to believe the offers.

"If there is a billionaire looking to invest, Newcastle has tremendous potential on the basis that the financial state of the game will continue for the next 10 years or so."