Sissoko Has To Earn His Wages! 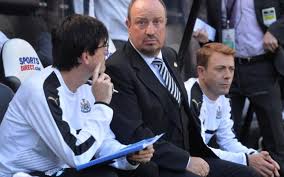 The 26-year-old is looking to leave the club following the Magpies’ relegation from the Premier League last season.

Sissoko attended the 2-1 loss to Huddersfield on Saturday and was sat in the Milburn Stand with other want-away players Henri Saivet and Manu Riviere.

After Newcastle’s latest defeat, Benitez won’t be afraid to play Sissoko against Reading in the next match if he feels he is ready and while he is not close to an exit the sulky French international may have to accept his future lies on Tyneside for now.

Newcastle set a huge £35million price tag on Sissoko in the wake of his display at Euro 2016 final and he has been targeted by some of Europe’s biggest clubs.

However, Benitez has stated that the deal will be done on his terms and he can’t wait until the end of the window for a deal to be completed.

“We can’t wait until the end (of the window) so we have to be sure he is training well and he’s ready,” said the Spanish boss to the Chronicle on Saturday night.

“If somebody comes in with the right offer for us and for everybody, fine, if not he has to carry on.

“He is a professional and he has a contract.”

The Euro 2016 star is yet to have returned to the Newcastle squad this season, after being left out of the club’s opening two Championship fixtures.

There has already been a lot of transfer activity at the north east club this summer with eight players joining the club and eight players leaving.

Benitez is looking to return his side to England’s top-flight at the first time of asking, but the club’s start hasn’t been encouraging.