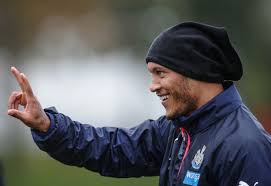 Steve McClaren was moaning back in October because his team had to play two games in one week ... now the boot is on the other foot.

With the League Cup final against Liverpool at Wembley scheduled for Sunday, February 28 - the same day as United were supposed to host Man City at St James’ Park - the Magpies’ clash with the Citizens will have to be rescheduled, though no date has yet been set.

With the Man City game having been moved back until the end of the season, the Magpies now have just three matches in February - and they have a mere two 3pm kick-offs before April.

In fact, the Magpies will have an 18-day gap without a fixture between February 13 and March 2 due to the fact they will not feature in the FA Cup fifth round after being knocked out earlier this month, and then due to the postponement of the Man City game.

Such an extended period without a match can only have a negative impact on the Magpies’ battle to stay in the top flight as well, because they will be a round of fixtures behind all of their relegation rivals as a result.

The Man City game will need to be rescheduled for some point later in the season, meaning United will have an additional midweek game to play before the campaign is out.