Sherwood 'It Could Have Been More!' 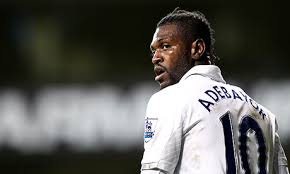 Two goals from Emmanuel Adebayor and one each from Paulinho and Nacer Chadli completed an impressive performance from the visitors.

Tim Sherwood: "We could have scored more we didn't take every chance that we created.

"Credit must go to Newcastle as well as they had a go and Hugo Lloris had to be at his best tonight. He made some fantastic saves.

"Our attacking players were always a threat, though, and they were all fantastic for me tonight.

"Adebayor continues to impress but there isn't a specific reason why.

"I've seen him be fantastic for many clubs and we are delighted he's in great form for us.

"His concentration and fitness levels are good and he's been a joy to work with and a credit to himself and us since he's come back in.

"They all played well tonight and there were some fantastic goals. Chadli's was extra special and it was a great strike.

"There's no secret though, we just treat them as human beings and men and tell them they are good players but that they need to prove it.

"It is difficult because I had to leave Michael Dawson out tonight but Younes Kaboul came in and did really well.

"We have a good squad where there is competition for places but when they are in the side they have a responsibility to defend at the right time and they all buy into that."