Shearer-Man Utd 'We've Heard It All Before' 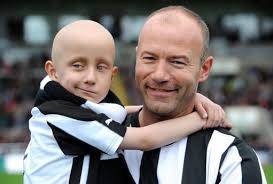 Shearer left Blackburn Rovers in the wake of Euro 1996, but it was hometown club Newcastle United he moved to, rather than Old Trafford.

After the Magpies paid a world-record transfer fee of £15m to bring Shearer home, the rest, as they say, was history. Shearer became a club legend, smashing the club’s and the Premier League’s goalscoring records.

But Edwards says that, rather than Shearer preferring Newcastle over Manchester United, it was Blackburn chairman Jack Walker who blocked a move to the North West.

Edwards told TalkSport: “Alan Shearer was close, I did the deal with Stevens his agent. He told Alex (Ferguson) he wanted to come.

“I think the problem there was Jack Walker, Jack Walker didn’t want him to come to United.

“He was happy for him to go to Newcastle, yeah. Jack Walker was almost ‘over my dead body’, so he didn’t come.”

Shearer has often been berated for his decision to join Newcastle, with Manchester United going on to win numerous Premier League titles as well as the treble in 1999.

But the legendary number 9 has always insisted he has no regrets.

He said: “Of course I was tempted to join Manchester United, but I do not regret either decision.

“I had a magical time at Blackburn, winning the league. And I completed my own dream of playing for my home town club of Newcastle.

“I have memories I will hold forever and a goalscoring record that makes me extremely proud.”

“We nearly had him, we thought we got him and in the end he went to Tottenham.”