Alan Shearer has posted on Twitter saying he does not believe that the £30million received from Leicester City for Ayoze Perez will go straight into the Newcastle United transfer fund this summer. 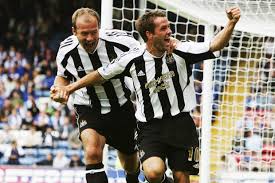 The Chronicle claimed that Newcastle have accepted the eight-figure offer for the 25-year-old star, who scored 13 goals for The Toon last season – sitting at the top of the goalscoring charts.

The fee is an enormous profit on Perez, who was signed from Tenerife for just £1.6million in the summer of 2014. The Chronicle’s report states that Newcastle will place the £30million in this summer’s transfer kitty.

In previous windows under Mike Ashley, though, Newcastle have not spent the money they have raised through player sales despite Ashley promising they would. It has seen Toon legend Shearer react sarcastically on Twitter.

Last summer, Newcastle brought in almost £50million after offloading the likes of Aleksandar Mitrovic, Mikel Merino and Chancel Mbemba, but the club only spent around £35million on incoming signings.

It angered Newcastle fans and although the club did splash out a club-record £21million on Miguel Almiron in January, it is understandable that supporters are pessimistic over the £30million fee.

Newcastle need additions all over the park, including at left-back, central midfield, a new striker with Salomon Rondon yet to be signed and a potential replacement for Ayoze Perez.