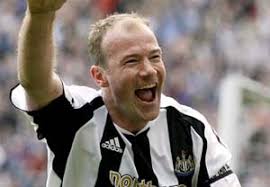 The Reds squandered a first-half lead to settle for a 1-1 draw with Newcastle United at St James’ Park on Sunday afternoon after Joselu cancelled out Philippe Coutinho’s brilliant opener.

Liverpool managed to record one win in seven games last month to leave the Merseyside outfit in a disappointing position in both the Premier League and the Champions League.

Klopp’s men have already conceded 12 times in seven games in the English top flight so far this term to leave Liverpool in seventh place in the Premier League table.

The Reds haven’t won the title in the Premier League era despite finishing in second place in 2002, 2009 and 2014 under Gerard Houllier, Rafael Benitez and Brendan Rodgers.

“If Wenger does decide to sell Ozil in January it will be for the benefit of the club, not the player,” Shearer told BBC Radio 5 Live.

“Arsenal might as well get some return on him before he can leave for nothing and his departure may benefit the team.

“I have nothing against Ozil — he is a wonderful talent. But it looks as if he is not giving Arsenal any consistency in his readiness for selection.”

Liverpool signed four players in the summer transfer window to improve their squad ahead of a return to the Champions League for the first time since Klopp took over the reins from Rodgers.

The Reds have managed to win three of their opening seven Premier League games so far this season.