Shearer Tells Ashley To Sell Up! 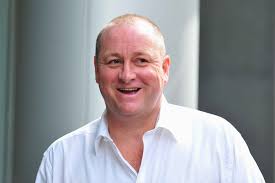 The Magpies’ record goalscorer has been vocal in his criticism of the regime for some time now and did not hold back on Sunday’s Match of the Day 2.

Owner Mike Ashley is currently locked in talks to sell the club to Amanda Staveley and PCP Partners, although the two parties remain some way apart on their valuation of the club.

But with the January transfer window looming, the uncertainty is growing as to who will be in ownership of United and how they will be making the necessary investment to remain in the Premier League.

After a positive start to the season, United are sliding dangerously towards the relegation trouble, with just one win in their last 11 league matches.

Rafa Benitez’s side are now just two points above the relegation zone, and although there are clearly problems on the pitch, Shearer is adamant the greater issue remains off the field.

The former England captain was quick to take to Twitter to call on Ashley to sell the club immediately and he nailed the feeling among Newcastle supporters who want to see a new owner at the helm as quickly as possible.

“I think there is a lack of respect to staff, to fans, to former players, to managers.

“They had their 125 year celebrations yesterday and when you look at the number of former players on the pitch at half-time, that tells you that there is a lack of respect for a lot of people out there.

“The fans feel as though their money is not being invested enough and they want somebody at the football club who wants to be there - to take them forward.

“They would rather have a new situation and try someone different, because at the minute they are not going anywhere.”

Newcastle face a huge week in the Premier League as they welcome Everton to St James’ Park on Wednesday before taking on Arsenal at the Emirates Stadium on Saturday.