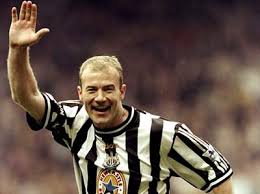 Harry Kane netted another hat-trick as he set a new record for the most Premier League goals in a calendar year during Tottenham's 5-2 win at home to Southampton.

The England international met Christian Eriksen's 22nd-minute free-kick to give Spurs a 1-0 lead at Wembley and surpass Alan Shearer's 22-year-old record in the Premier League.

Shearer managed his 36 goals in 42 games while playing for Blackburn in 1995, while Kane, who has missed only four league matches this year, needed just 36 appearances to go one better.

Kane's impressive haul of 39 goals includes six top-flight hat-tricks and he was quickly congratulated by the man whose record he took.