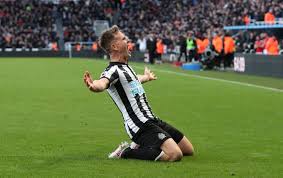 Alan Shearer has slammed the Newcastle United squad after their ‘flat and lifeless’ display in a 1-1 draw with Blackburn Rovers in the FA Cup over the weekend.

The Magpies had to rescue a replay after Bradley Dack opened the scoring for the Championship visitors, with Matt Ritchie’s late penalty sparing their blushes.

Toon legend Shearer has now delivered a damning indictment of the situation and the squad on Tyneside, claiming half the squad ‘have the hump.’

In a column for The Sun, he said: “Newcastle’s performance against Blackburn pretty much summed up what the club is at the moment — flat and lifeless.

“Half of the players brought in have the hump because they believe they should be playing every week. And the other half want to go out and try and impress but those that are not at it are stopping them.

“I don’t mind one or two changes but eight changes just stinks of, ‘Well, we don’t really want to be in this’.”