She LOOKS Good - But Is She Good for US?

Leading financier Amanda Staveley was a conspicuous presence at St James' Park on Sunday — and it's unlikely she was in Newcastle just to cheer on her beloved Liverpool.

Staveley, whose PCP Capital Partners fund has £28billion under management, is looking to take over a Premier League club.

The 44-year-old came close to buying one earlier this season before the deal unravelled. And she is a rarity as a genuine buyer in a hurry to spend money in football.

A clear sign of her intent is that colleagues say Staveley is spending as much time on football business as she is on her £1.2bn lawsuit against Barclays Bank, whom it is claimed owe her massive fees for raising £7bn from Qatar and Abu Dhabi during the 2008 financial crisis. 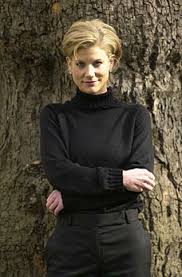 Her preference is to buy a major club in the Premier League, or one such as Newcastle who have the strong potential to become one.

Newcastle are for sale for the right price, although no official talks with Staveley have taken place. However, she did spend time with Toon manager Rafa Benitez in his office post-match.

Staveley, a former girlfriend of Prince Andrew, orchestrated the sale of Manchester City to Sheik Mansour in 2008. And last season she made a failed bid for Liverpool in partnership with Chinese backers.