Set To Leave Newcastle 'Within 48 Hours' 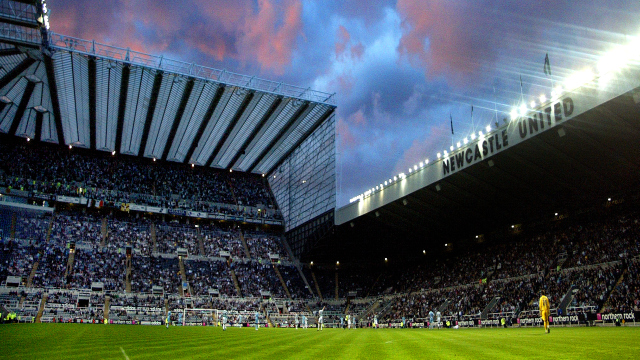 Newcastle United first-team coach Ian Cathro could be named as new Hearts boss in the next 48 hours, according to reports in Scotland.

Cathro has long been thought to be the man identified by the Scottish Premier League side to replace Robbie Neilson who departed for MK Dons.

And it would appear that the 30-year-old coach’s exit from St James’ Park is moving nearer, with talks starting today, according to the Scottish Sun.

They started on Saturday as Cathro wanted to be involved in the Magpies’ Championship clash with Nottingham Forest on Friday night – a match that ended in a 2-1 defeat.

It is reported that a deal between the two parties will be concluded within 48 hours, with compensation to Newcastle not thought to be an issue as he would depart with manager Rafa Benitez’s blessing.

Cathro is also friends with Tynecastle director of football Craig Levein. However, when asked about the situation he refused to give much away.

Levein said: “I’m not going to get involved in talking about individuals.

“Ian is a friend of mine but he is employed by another club, so I don’t want to talk about him.

“I don’t want to talk about anybody other than to say he must fit the profile, which hasn’t changed from Robbie really.

“We’re looking for a young, intelligent, energetic, enthusiastic coach who can help us move on from where we are.

“That’s the key – to try to get someone in who can improve us.”

Further strengthening the likelihood Cathro is the man he wants, he continued: “The salary is not astronomical, and just like with signing players, sometimes you need to see potential in people, and develop them with room to improve.

“Experienced managers can be set in their ways and have expectation levels of salary and suchlike.

“And some of the really serious ones, if we were to go after them, we would not be able to afford them.

“It is about finding someone who is value for money, and who maybe doesn’t have the ceilings in their thought processes that everyone else in Scotland has.

“This is a job that is both attractive and highly pressured. It’s not the easiest of jobs because when you get to a club this size, people expect you to win every week.

“That’s something the new head coach will understand.”

Cathro arrived on Tyneside in the summer of 2015 as part of Steve McClaren’s backroom team. He’d previously worked as a coach at Spanish side Valencia.

He was the only member of the first-team coaching staff retained by Benitez upon the Spaniard’s arrival.

It now appears his time at the club is coming to an end, however, not long after admitting he had developed a great affection for the Magpies.

Available from Amazon and Kindle: https://www.amazon.co.uk/Toons-Greatest-100-Players-Ever/dp/132629685X

This book is a collection of the 100 Greatest Newcastle United players of all time, as voted for by NewcastleUtd-Mad.co.uk readers and a panel of journalists who contribute to the website.

The players are in an order of five-per-chapter, counting down from 100 to Newcastle United's greatest ever player (as viewed by the author), but the whole point of the book is for You (the reader) to decide who goes where.

The list is not, by any means, definitive. As with all books of this nature, whether it be "Greatest Albums"; "Best Movies Of All Time"; or "Top 100 Pin-Ups Of The Year" . . . no two people have exactly the same opinion.

Here are the best of the best. I have painted the picture with each player's profile. Where they end up in the league of Nufc's Greatest is up to you.

Because You have the final word.