Sammy Set To Get The Call For Cup Tie

Newcastle recalled winger Sammy Ameobi from his loan spell at Bolton but he didn't make the pitch during United's 2-1 win at Brentford. 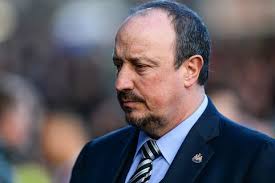 However he did make the bench and rumour suggests he will play some part in Newcastle's Third Round FA Cup replay with Birmingham on Wednesday.

The 24-year-old looked set to extend his stay at the Macron Stadium after the Sky Bet League One club declared their intent to keep the player.

But with the likes of Christian Atsu, Mo Diame and Chieck Tiote all going to the African Nations Cup later this month, Magpies boss Rafa Benitez confirmed after their defeat at Blackburn that Ameobi will return to St James' Park to boost their options in midfield.

"He has done well with Bolton so I think it's a player who can play in the wide areas," the Spaniard said.

"We'll bring him back and see if he can give us something. We have players going to the African Cup of Nations. It depends on him if he stays or not, it depends what he can give to us."

Ameobi joined the Trotters in August and went on to score twice in 20 appearances.