Ronaldo Or Messi - Best Player In The World?

Cristiano Ronaldo has emerged as the new odds-on favourite for the FIFA Ballon d'Or after his hat-trick on Tuesday night fired Portugal into the World Cup.

Having given his nation a 1-0 lead over Sweden in the play-off first leg, the Real Madrid star was once again the difference as his treble overshadowed Zlatan Ibrahimovic's brace in a 3-2 victory in Stockholm.

The performance sparked an avalanche of bets on Ronaldo to win the Ballon d'Or, prompting bookies to slash his price to 4/9 from 6/4 and replace Franck Ribery at the head of the market.

The Bayern Munich winger has now drifted out for 9/4 despite helping his side land an unprecedented treble and also playing his part in France's 3-0 play-off win over Ukraine on Tuesday.

Lionel Messi's odds have drifted out to 8/1. The Argentinian was installed as favourite following the confirmation of the shortlist but was initially replaced by Ribery amid industry-wide support, before drifting further following his recent injury setback. 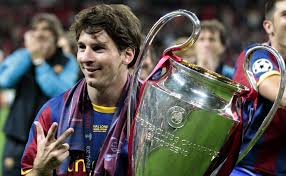 Barcelona star Lionel Messi has been awarded a record third Golden Shoe trophy after finishing with the most league goals in Europe last season.

The Argentina ace netted 46 times in La Liga as the Catalan giants reclaimed their title back from Real Madrid and he was presented with the trophy in Barcelona on Wednesday.

He scored 31 times in the 2010/11 season but that was not enough to win the Golden Shoe, with Cristiano Ronaldo taking the honours after notching 40 times for Madrid.

Messi, who is currently sidelined for eight weeks with a hamstring injury, is the only player to win the trophy three times.