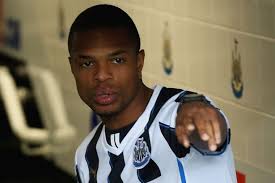 The Magpies lodged an appeal against the 27-year-old's dismissal along with Canaries midfielder Bradley Johnson after the pair clashed late in Tuesday night's 0-0 Barclays Premier League draw at Carrow Road.

However, while Johnson's own effort to clear his name was upheld, Remy's fell on deaf ears and he will now miss the league games against the Black Cats, Chelsea and Tottenham.

A Football Association statement said: "An independent regulatory commission heard two claims of wrongful dismissal today both in relation to the Norwich City versus Newcastle United game on Tuesday.

"Both players had been dismissed for violent conduct."