Reason Why We Should Not Get Carried Away

Yes we scored three goals and won the game ... but it was only against Albion's reserves. 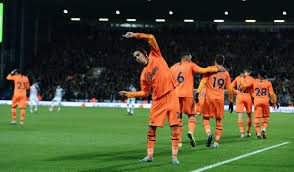 With Bilic's side at the top of the Championship, and looking leggy after a first defeat in seven games against Wigan on Saturday, it was no wonder the Croat manager made nine changes to his side.

The team were largely the side who had beaten West Ham 1-0 in the fourth round and they looked fresh from the start as Kyle Edward's early shot stung the palms of Karl Darlow.

But as Bentaleb pulled the strings in midfield for the visitors, the likes of Gareth Barry, 39, and Chris Brunt, 35, could not upset Newcastle's rhythm.

The Baggies were forced to cross from wide areas towards Charlie Austin but the deliveries were easily diverted by Newcastle defenders Jamaal Lascelles and Fabian Schar.

Filip Krovinovic's second-half introduction in place of Barry brought an instant improvement as his shot curled over the bar.

And once Zohore came on after 67 minutes the game began to turn.

First, his header back across goal led to Philips making it 3-1 and Schar's clearance denied the Baggies a chance to gain more momentum.

Zohore's injury-time goal did make the visitors nervous as the Baggies were also denied a penalty by referee Anthony Taylor.

But the changes from Bilic perhaps came too late and his team can now concentrate on returning to the Premier League after a two-year absence.