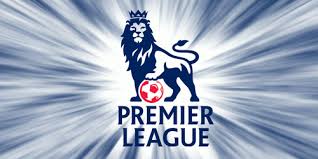 Chelsea moved five points clear at the top of the Premier League table with a 2-0 win over London rivals Arsenal at Stamford Bridge.

The influential Eden Hazard set Chelsea on their way to victory when he won and converted a penalty in the first half.

Diego Costa made the game safe with a second goal 12 minutes from time after being set up by former Arsenal captain Cesc Fabregas to maintain Chelsea's unbeaten start to the season and condemn Arsenal to their first Premier League defeat of the campaign.

Wenger refused to take a backwards step in the 20th minute after leaving his technical area following Gary Cahill's tackle from behind on Alexis Sanchez.

Manchester United scraped a win against Everton, more through luck than good management.

For most of the match, it looked as though Falcao was anything but a world-class striker as he missed four good chances to find the net, but he finally tucked a top poacher's effort away in the 62nd minute to hand United a valuable three points at Old Trafford.

United dominated from start to finish and they deservedly took the lead through Di Maria, who curled a tidy finish past Tim Howard in the first half.

Everton were allowed back into the game when Luke Shaw lost Steven Naismith and the Scot responded by heading past David de Gea.

Despite being second best in every department, Everton will feel they should have taken a point from this game.

De Gea kept United in it with two fine late saves from Leon Osman and Bryan Oviedo, and earlier in the game Everton missed a penalty.

Leighton Baines, who had scored 14 penalties from 14 attempts before Sunday, saw his spot-kick saved by De Gea after Shaw had clumsily hacked down Tony Hibbert.

Mauricio Pochettino got the better of Southampton successor Ronald Koeman as Tottenham claimed a 1-0 victory to end their four-match wait for a Premier League win.

All eyes were on Pochettino at White Hart Lane, where he was taking on his former club for the first time since ending a successful 18-month stint at St Mary's to take the reins in north London.

Saints have confounded the naysayers by flourishing despite a host of key players following Pochettino out of the club, although a seventh straight win in all competitions was beyond Koeman's side as a 20-yard strike from Christian Eriksen secured Spurs a 1-0 win.

It was a timely shot in the arm for Spurs ahead of the international break, having failed to win their last four top-flight matches and lost their previous two league games at White Hart Lane.

Diafra Sakho scored his fifth goal in as many games as West Ham climbed into the top half of the table with a convincing 2-0 victory over QPR.

Nedum Onuoha's own-goal had given the Hammers an early lead before Sakho headed home a second shortly before the hour to ensure QPR head into the international break bottom of the table with just four points from their first seven games.

West Ham fully deserved their victory and it could have been more emphatic had the referee not spared the blushes of Rob Green, whose bizarre free-kick allowed Enner Valencia to slot home in the second half before his effort was disallowed.

The victory means the Hammers are now level on points with Arsenal and Liverpool, with Sam Allardyce's side again showing pace and tempo that was so often painfully lacking last season.