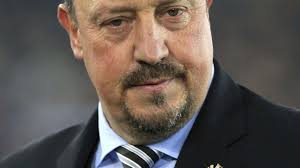 Newcastle manager Rafael Benitez says the club running as normal despite controversial owner Mike Ashley saying he is close to selling the club.

Ashley sprang something of a surprise on Monday evening when, in a rare television interview, he announced that he is in talks with potential buyers and hopes to conclude a sale before January.

The news caught even those closest to the sportswear magnate on the hop, but was greeted with scepticism by fans who have seen similar approaches in the past come to nothing.

Speaking as he prepared his team for Wednesday night's Premier League trip to Everton, manager Benitez said: "I was talking today with (managing director) Lee Charnley and the message is very clear: business as usual, so that means I have nothing to say."

Asked if he had been expecting Ashley's comments, he added: "No. But we have been in this situation in the past, we have to carry on. We have an important game to play and we have to concentrate on that."

Ashley pulled the plug on negotiations with Amanda Staveley's PCP Capital Partners earlier this year, partly in frustration at the public nature of their courtship, making his revelation all the more unexpected.

American billionaire Arthur Blank, owner of NFL club Atlanta Falcons and MLS outfit Atlanta United, had been touted as a potential investor on the other side of the Atlantic, but has since distanced himself from the Magpies.

In addition, former Manchester United and Chelsea chief executive Peter Kenyon has been trying to secure funding for a bid in recent months, although the identities of the current suitors remain a mystery.