Rafa To Sit Down With Ashley

Rafa Benitez insists Newcastle United must “sit down” and “analyse” their approach to the January window ahead of what is expected to be a hectic summer of transfers for the Magpies. 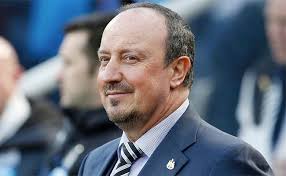 Despite having identified the two key positions Newcastle needed to strengthen - in central-midfield and on the wing - before 2017 even began, the Magpies failed to do any early business and were left attempting to secure deals on deadline day.

Should Benitez lead United back to the top flight as expected - Newcastle are second in the table with two games in hand over third-placed Reading - then the Spaniard will look to radically overhaul his squad and make them Premier League ready.

Given the delay in United’s January business amid reports of renewed interest in Newcastle’s dealings by Magpies owner Mike Ashley, Benitez admits the club’s hierarchy will need to reflect on their current transfer approach ahead of an important summer rebuild.

“Because I am quite old now, I have experience with clubs and transfer windows and all these things,” Benitez replied when he was asked if the frustrations and delays of this window were a worrying indicator of what Newcastle fans could expect over the summer.

“What I have very clear in my mind is that you have to concentrate on one game at a time.

“That means that we have to concentrate on this window and after we will analyse what we did, right or wrong, and then we will think about the future.

“I cannot be talking ‘if’, because it makes no sense until the window is over.

“We have to wait, see what happens, at the end of the window we must see if we are strong enough to stay there and go up.

“And after that we will see what we can do in the summer.

“It’s a question of sitting down, for us to keep working hard and making the right decisions at the right time.”

Benitez has managed 11 different clubs, including dealing with notoriously difficult owners at Napoli and Real Madrid, during a coaching career spanning three decades.

Therefore the 56-year-old insists he attempted to keep a cool head during a frustrating month.

“I am old so I have been at a lot of clubs with a lot of owners and different ways of doing business,” Benitez added. “This is just another window.”