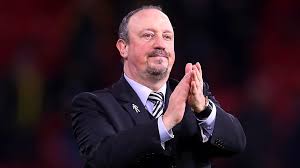 RAFA BENITEZ is the new favourite to get the Leicester job ahead of Brendan Rodgers.

Leicester manager Claude Puel is tipped to be the next Premier League manager sacked.

Despite recent wins over Chelsea and Manchester City, Leicester look set to soon change their manager.

Puel is the 6/4 favourite with bookmakers Paddy Power to get the axe ahead of Huddersfield Town’s David Wagner.

And Benitez has shot to the top of the pack of potential replacements.

The bookies claim a surge of bets have been placed on the Toon boss quitting Newcastle for the King Power.

Benitez was out at 100/1 to be the next Leicester manager on Sunday.

But that price has collapsed to just 7/2 today!

Celtic boss Rodgers is 7/1 to be named the next Leicester manager, alongside Roberto Martinez and Sam Allardyce.

Leicester sit eighth in the Premier League and a comfortable 13 points above the relegation zone.

Yet Puel’s job is said to be far from secure.

As for Benitez, his Newcastle side are just three points above the drop zone as owner Mike Ashley tries to sell the club.

Benitez is not expected to be handed any transfer funds in the January window - in part because of Ashley’s intent to sell up.

Celtic, meanwhile, are embroiled in their toughest title battle since Rodgers arrived three years ago.

The Hoops lost to Rangers 1-0 in the Old Firm on Saturday but keep top spot in the Scottish Premiership on goal difference.