Rafa Thinks Reds Will Do It This Time 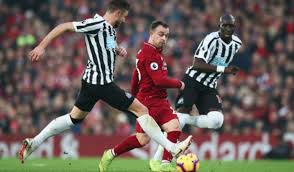 Rafael Benitez is convinced Liverpool possess the strength in depth required to sustain a Premier League title challenge this season.

The Newcastle boss experienced the Reds’ potency firsthand as his side were thrashed 4-0 at Anfield on Boxing Day.

A 16th win of the campaign extended Liverpool’s lead in pole position to six points ahead of Tottenham, who overtook Manchester City thanks to the champions’ 2-1 defeat to Leicester.

It marked the first time in 16 years that the club boasted an advantage of at least six points at the top of the table after a day of action.

Discussing his former team’s title credentials, Benitez said: “I think they showed they are good enough to win the title, yes,” per the Liverpool Echo.

“If you want to win a league title then you need to be consistent and they can do it.”

Liverpool are yet to be beaten in the league after 19 games this season and currently flaunt the best defensive record having registered 12 clean sheets and conceded just seven times.

Their four unanswered goals against Newcastle mean they now also have the joint-best goal difference with Manchester City on 36.

Bolstered squad depth and Jurgen Klopp’s rotation policy has equipped the Reds to maintain a title challenge beyond the winter in a way injuries have deprived them of doing so in recent years.

Regardless of its lead and unbeaten run, this club will approach games no differently to when City were the frontrunners. Klopp isn’t one to allow for complacency.