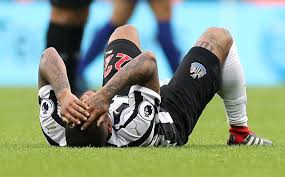 Many Toon fans are concerned that Rafa could throw in the towel ... but the Toon boss says the players are up for the fight.

Newcastle manager Rafael Benitez speaking to BBC Sport: "We conceded a goal we could avoid but after that we were fighting for every ball. These players care, you could see that.

"We scored and then controlled the last few minutes of the first half so it's a pity, but a piece of quality made the difference.

"You could see a lot of positives with the performance but no points. We knew that they would keep the ball and we had to maximise what we did when we got the ball. We had some chances on the counter but our final pass wasn't there."