Newcastle have created 87 chances in the Premier League this season but still Rafa is after a striker. 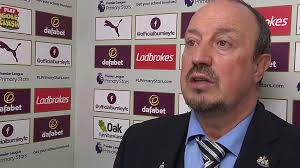 According to the report, Benitez is aiming to bring in an attacking midfielder, a left-back and a striker in January to bolster his resources.