According to The Telegraph, Newcastle United boss Rafael Benitez will "express some interest" in the West Ham United job if Slaven Bilic is sacked. 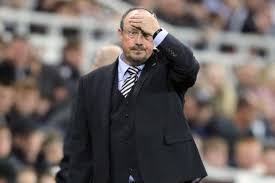 And few could blame him for doing so. With West Ham losing their first three Premier League games, it is not inconceivable to wonder if the Irons' hierarchy have already sounded out the former Real Madrid and Liverpool boss, but how would Newcastle recover?

The Newcastle manager shifted £200,000-a-week off the wagebill this summer and still found himself working with one hand behind his back in regards to signing players.

The fact that a season-long loan for Matt Targett was the biggest rumour of deadline day for United speaks volumes for the type of restrictions which the 57-year-old was working under, even after living up to his end of the bargain by clearing off the deadwood.

But if Benitez walks then who can owner Mike Ashley possibly get to replace him?

They're a massive club, but if Benitez, a Champions League-winning manager, was denied real money to spend then no manager in their right mind is going to believe it will be different for them if they replace the Spaniard.

It's extraordinarily unlikely that the Magpies find a more decorated successor and failing to back the Spanish manager will go down as one of Ashley's greatest mistakes - and there's been a few - in his 10-year reign as owner of the St James's Park club.

Hiring Benitez was a big step forward for the club, but losing him under these circumstances would be hugely regressive and not only will Newcastle fail to get an adequate replacement, convincing anyone to take the job is a task in itself.