Benitez has reminded his shell-shocked Newcastle United players they are due to face a West Brom team ‘that’s not doing well’. 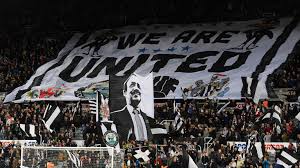 Speaking ahead of the Toon’s appointment at The Hawthorns on Tuesday evening, Benitez pointed out they are not facing high-flying Manchester United or Watford.

Newcastle have lost heavily to both in their last two matches - but the Spaniard highlighted the fact the Baggies come into the match with their own troubles.

“I think because they drew against Tottenham they will have some confidence,” Benitez said.

“But we are still talking about a team that’s not doing well.

“They do have some good players and they have some experienced players in the Premier League.

“For us every game will be a tough game.

“We’ve done well in other games and some the team was well organised and compact, we can be difficult to break down.

“Remember the game against Southampton when they found it difficult to find space against us.

“We have to replicate the form we’ve shown and also be a bit lucky sometimes.

“If you score first the other team, the one we play next in a bad situation, will get more nervous and make more mistakes.”

However, Benitez did admit he was impressed by aspects of Albion’s 1-1 draw at Wembley on Saturday.

“To play against Spurs is never easy,” he continued.

“West Brom worked very hard so you have to give credit to them.

“I watched the game back and they are physically very strong and they were quite good.”