Newcastle United manager Rafa Benitez has dismissed comments made by Alan Shearer and said that his club should not worry about takeover talk after continuing their current poor run of form by slumping to a 3-2 defeat against Leicester City on Saturday. 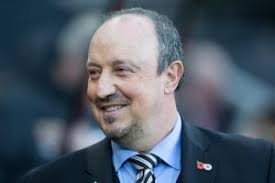 The loss means that the Magpies have claimed just one point from their past several Premier League games and lost six.

Current owner Mike Ashley’s time at the club has been marred by controversy and he has often been criticized for failing to provide sufficient capital for squad investment.

Many fans of the club would have been relieved when he put the club up for sale recently and Amanda Staveley is currently the favourite to complete a takeover. Benitez however prefers that the club not focus on the takeover talk.

Shearer said: “Nowhere near good enough. Sell our club Mr Ashley to someone who wants to be here before it’s too late again.”

When asked if a sale was now imperative to avoid a relegation battle, Benitez said: “I can’t think about that. I can only think about the next game.

“We have to be sure we improve the team and we understand this is the Premier League. We are playing in the last two or three games, making easy mistakes and we have to learn quickly.”