Rafa Has No Interest In Fa Cup!

Benitez won the FA Cup just over a decade ago with Liverpool.

And he’d love to do the same with Newcastle United. But not this season. 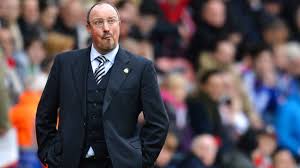 Not when a cup run could be to the detriment of the club’s Championship campaign.

Benitez acknowledged this ahead of the club’s third-round tie against Birmingham City earlier this month.

Asked about winning the competition with Newcastle, he said: “It’s a tricky question because we are in the FA Cup and we have to get further.

Newcastle are odds-on favourites to beat Oxford United, who are 12th in League One.

And so they should be. But how much of a chance will Benitez give them? That depends on his starting XI.

Not just debuts, full debuts. Dan Barlaser, Stuart Findlay and Yasin Ben El-Mhanni hadn’t even kicked a ball on loan before they started the third-round replay against Birmingham. It was a bold move. And it worked. Benitez’s side comfortably beat Birmingham 3-1 to book a fourth-round tie against Oxford United at the Kassam Stadium. Remarkably, it was the club’s first win in the competition for five years. Jonjo Shelvey dictated the game and had a hand in all three goals on his return from suspension. Benitez might not risk him against Oxford. Should Newcastle make the fifth round, Benitez’s selection policy for the competition this season will probably not change. The injury suffered by Aleksandar Mitrovic at St Andrew’s – the striker could return against Oxford – underlined the risks that come with the competition. Spearking earlier this month, Benitez said: “I want to be sure we can try and win, but I will not kill my players because we have to try and go one round up. We could have been playing against Man United in a two-legged semi-final in the EFL Cup.

“Can you do it with your squad? Because they can play 10 different players and still be stronger than you. This is the big difference.”

Benitez, clearly, feels United can only get so far in the competition given the resources available to top flight clubs.

Benitez would take a different view next season if the club returns to the Premier League.

“If you’re in the Championship, and have to get promoted, it’s totally different,” he said.

Hopefully it will be different next season.

There’s a bit of cup romance in Oxford.

Tomorrow’s game is far bigger for the League One club than it is for Newcastle.

I was at the Manor Ground for the last meeting between the two clubs in Oxfordshire.

Newcastle, then managed by Kevin Keegan, were beaten 4-2 in a league fixture at the club’s archaic former home in December 1992.

They were awful that day. Michael Appleton’s side could well fancy their chances of an upset this time.

Benitez might not be too upset if Newcastle’s run in the competition does come to an end.