Newcastle manager Rafael Benitez: "We had our chances. We were pushing and attacking. We had chances to draw. It's a pity. We are learning. In some games we are one goal behind. The players are working hard. It's a pity. 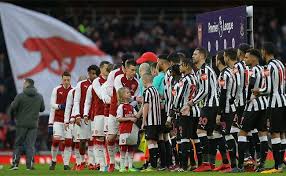 "We need to be competitive like today and keep going. We are a young team. When you're not winning you lose confidence. We have to keep working this way."

Arsenal manager Arsene Wenger: "The necessity to win was playing on the mind of the players towards the end.

"We had three games in six days. In the last one you could suffer because Newcastle produced a physical performance.

"We had two away games and two draws. Against Manchester United we had a quality performance but couldn't get the win."